I've got a lot for you today: a review of The Salamander Stone by CJ Fenge, an excerpt from the novel, a guest post from the author, and to top it all off, an awesome giveaway!

Review:  This book surprised me.  At first, I thought it would just be another science-based thriller with teens pitted against evil adults, but then I kept reading, and the book sucked me in.  This story is a beautiful blend of magic, fantasy, science fiction, and tragedy, complete with flawed and believable characters.

Amber thinks she's just an unfortunate teenage girl: her mother is in a mental institution, her father is dead, and she's learned not to tell people about her magical friend, Khiza, for fear of being deemed as crazy as her mother.  But one night at Amber's elite school changes everything, and Amber begins a dangerous journey that can either save the world or destroy it.

Amber is the next incarnation in an epic battle to heal the energies of the earth before Gaia is destroyed entirely, and that role is one she's not ready to accept.  She must learn to master her own powers if the world has any hope, but there are villains at every turn who are determined to use Amber for their own purposes.  Her struggle will test the bounds of loyalty, and Amber might not be willing to lose everything to save the world.  History hangs in the balance.

I couldn't put The Salamander Stone down!  Fans of modern fantasy with a paranormal new-age twist will devour this excellent YA novel.

Excerpt
Amber scrambled to her feet to face Meshak, but what she saw made her suddenly afraid. She backed away, expecting a blow. But he didn’t even need to raise his fists. His eyes caught hers and the blow struck anyway.
“Meshak!”
He didn’t speak but grabbed her wrist, pulling her towards the motor bike.
“Meshak,” she cried desperately, “don’t!”
It was no use. Meshak was like some huge engine running through a program of its own. He wasn’t listening. He wasn’t seeing. He was not Meshak.
He pushed her onto the bike and into the handcuffs clipped to the handlebars. Then he sat behind her, leaning over with his great weight and pressing her head into the tank until she was spread-eagled on it. He gunned the engine and the great beast roared.
She closed her eyes; it had all gone wrong. She shouldn’t have cried out for Khiza. If only she’d kept her temper, if only she’d thought before accusing him. She’d hurt him and now the evil had surfaced and it was all her fault. But where was he taking her?
She thought she knew, though when the engine eventually slowed, it wasn’t the grounds of Charnwood she saw in the headlight. Amber could hardly believe it: they were back in Aberford. A minute later she knew which house he was heading for. The iron gates stood open and they turned into the driveway. Meshak steered the bike around the back where a door stood ajar throwing out a blaze of light as if waiting for them. He cut the engine.
“Meshak,” she tried again as silence descended, “what are you going to do with me?” But he wouldn’t speak. He unlocked the handcuffs from the bike and started to pull her inside the house.
“Meshak!” Amber was frantic. She sank to the ground and resisted him with all her strength. “Meshak, you promised. You promised you would never hurt me!”
He stopped and looked down at her with his blank stare.
“Yes,” he said gruffly, “I promised, and I never break a promise.” He began walking again, dragging her behind him easily. “But I never promised that no one else would hurt you, did I, Amber?”

She’s just the girl-next-door, that long-legged pretty thing with the flowing auburn hair. Nothing special, just ordinary Amber Brigantia, a sixteen-year–old with boyfriends on her mind; nothing more.
But you’re wrong. Beneath that enigmatic smile lie dark secrets hiding an elemental power, and when those secrets come out, everyone wants her. Everyone wants a piece of Amber.
They murder her father and lock her mother in an asylum. Then they come after her, led by the charismatic Dr. Pitt who wants that power for himself. And he doesn’t care how he gets it, smiling and smiling as he twists the knife. But Pitt has a rival, the sadistic Mrs Fedorowicz. She wants Amber too and she is an expert at making people dance to her tune - a tune that can really hurt.
Even those who love Amber cannot help her. Khiza, the African boy, is the lost other half of Amber’s soul, yet when she encounters the damaged and demonic Meshak she is torn in two and cannot decide what to feel any more.
Then the demon Azmodeus suckers onto Meshak and time itself rocks in chaos, for the demon is after Amber as well - and what he wants is unspeakable.
So let the power-games begin. And let that long-legged pretty thing be the prize.

C.J. Fenge
I’m an English Teacher, and all my working life I’ve been telling students: “Don’t put labels on yourself. They’re restricting.” I little realised that I was guilty of exactly that because I’d classed myself as analytical, not creative. And it was only when I was forced into some writing that I discovered I could create worlds, not just comment on other people’s creations.
So that’s what I do now and I have an increasing amount of time to do it in. My teaching career is winding down, my two children have grown up and left home, my husband of 40 years, also a writer, is busy creating worlds on his computer all day. To a casual observer ours is a very quiet, boring household. There aren’t even any pets making a racket since my two adorable, but elderly, ‘rescue’ cats died last year. But the inner life of our house is far from boring. Take a journey with Amber and her Salamander Stone and see what I mean. And remember not to put labels on yourself. If I can break free, anyone can.
AND NOW, A WORD FROM THE AUTHOR:

Real events are the best starting point for writing. Trawl through your old emails; you may find a lot of starting points in there. This was the last email I sent to a friend’s beautiful daughter before she died. All that was left to do for her was try and make her smile. It worked, and I didn’t have to make it up either. The events happened just as described, apart from the threatened arsenic in the cat’s food dish – I would never do that to a cat. Husbands, though, are a different matter.....
Recipe for a Sunday Morning
Hi Luvvy,
Here’s a recipe for you - one we tried last Sunday. See if you can work out what delectable dish we ended up with:
Ingredients:
1. A brand new, long pile, cream coloured carpet.
2. An elderly, incontinent cat with a predilection for relieving herself in dark corners.
Now combine ingredients 1. and 2... What have we got?
....Sorry, you’re entirely wrong. It’s much worse than that!
For the full force of the resultant dish you have got to add a third ingredient:
3. One Husband, late rising, bleary eyed and bumbling around like a befuddled crab. (I say ‘crab’ advisedly, as he tends to lurch with sideways motion when his brain’s disconnected from his legs.)
Now have you got the correct combination of ingredients?
Yes, that’s right: The elderly cat crept to the room with the cream coloured carpet and crapped. Then said Husband stumbled into the aforementioned effluent and, with dripping slippers, sloshed about – all over the cream coloured carpet. Some vague notion of something amiss must have filtered incrementally from his nose to – what for want of a better term we must refer to as – his ‘brain’, for he remembers wondering, in a vacuous way, what was causing the awful smell!
Now add a fourth ingredient:
4. One Chris, long on stress, short on temper, even shorter on resilience to cat crap and hapless humans.
Method:
Mix ingredients 1. To 4. together. Boil ferociously for a few hours. Add a liberal dose of bleach, mutual blame and bombast. Then spice with decibels that make the walls ring and leave to simmer!
Serve very hot – with nice little crusty rolls and best butter.
End result:
The divorce proceedings are proceeding; the cat is living in fear of arsenic in her dish of whiskers; the dripping slippers have been banished to the garage (where they continue to steam gently); and the Husband bumbles oblivious around the house wearing his usual seraphic smile.
That was our Sunday morning. Top that if you can!
Buckets of love as always,
Chris xXx 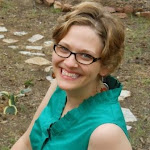 I'm an author. I play in many genres. Check out my website to know more! http://www.jenmcconnel.com/

Folks with Something to Say